There was once a group of tiny frogs, who arranged a competition. The goal was to reach the top of a very tall water tower. A big crowd gathered around to see the race, and to cheer on the contestants. The race began…

Honestly, no-one in the crowd really believed that the tiny frogs would reach the top of the tower. You could hear statements such as: “Oh it’s way too difficult. They will never make it to the top.” And “Not a chance that they will succeed. The tower is too high”.

Some tiny frogs began collapsing off the wall, one by one.

A few others had a fresh burst of energy and were climbing higher and higher… The crowd continued to yell: “It’s too difficulty! No-one will make it!” Gradually more tiny frogs got tired of the effort and gave up.

But there was one who wouldn’t give up and continued higher and higher until finally he reached the top.

When he returned down, everyone wanted to know how he did it. Someone asked: How did you find the strength to do it?” He didn’t answer, because it turned out that this frog was deaf – he hadn’t heard all their negative and defeatist talk!

The moral of the story is:

Never listen to other people’s tendencies to be negative or pessimistic, because then you allow them to take your most wonderful dreams and wishes away. Always think of the power which words have to support and praise, or to criticise. Everything you hear and take in, can affect your responses.

As a parent we sometimes get negative feedback – about whether we breastfeed or not, about the way our children behave, and the way in which we manage them, about the tidiness of our houses etc. I do believe in listening to people, because often others have valuable wisdom to share. Once you’ve listened, then you decide whether there is value in what has been said for you and/or your family.

Being ‘deaf’ to negativity is also an important skill to instil in children. Teach them ways to achieve their goals and to keep taking action towards it. Develop an ‘I can do it’ attitude. When I was a classroom teacher, the students weren’t to say ‘I can’t do this’ – they were encouraged to add ‘yet’ eg “I can’t do it yet – can you show me how?” This immediately empowered them – to see possibilities rather than problems, to look for help, and to seek solutions. I was reminded of this recently when one of my ex-Kindy students had completed her final school exams in Yr 12. She did really well, and I wrote to congratulate her. She replied that it was I who had helped her get there, because she always remembered that ‘I can do it.’ She knew that she could learn things with just a bit extra effort, and that anything is possibile. Well done Sallee!

Empower your children (and yourself) with positive, encouraging words. 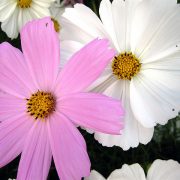 Finding GRATITUDE In Every Single Day! (And show your children how to do it too!) 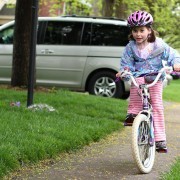 4 Types of Music your Child Needs
Scroll to top