A few years ago, I heard Dr Catherine Neilsen-Hewitt from the Institute of Early Childhood at Macquarie University speak on the topic, “The Effects of Media Violence on Children.” She spoke about the statistics of media violence, the reactions of children and how media violence affects children’s development.

Following is a snapshot of what I learnt…

Children watch an average of 2 – 4 hrs of TV daily. This means by the end of Primary School, they will have seen 8,000 murders, and 100,000 acts of violence – this is from the news you watch, the shows you watch, the ‘cartoon’ violence in kids shows etc. A horrifiying statistic. Over time children become desensitized to it – meaning that they can see a violent act being committed (on TV or in real life) and have no response to it.

People may say: “I played with guns (toy) and it didn’t affect me”. On an individual basis may be true. As a society however, there has been a significant increase in violence in the past 30 years. Obviously there are many contributing factors.

Children less than 6 years old are at a very significant time, in terms of learning patterns of behaviour (both passive and aggressive) from those around them, and what they watch on the screen. After 9 years of age, exposure to violence has less significance (in terms of repeating it) as their patterns of ‘normal’ behaviour have already been established in the first 6 years.

Children less than six years old are more likely to be influenced by exposure to violence as they: have difficulty distinguishing between reality and fantasy; are more likely to initiate violence; and, their visual memory is better than their auditory memory, (ie they will remember the picture, but not the ‘why’).

Parents are powerful in this… when parents ignore or approve of the violence their children watch (or in the computer games they play), the children are more at risk (of developing violent behaviours). The key issues is: Do the children get the message from you, that the viewed violent behaviour is acceptible, or not? – at an early age this value jugement is made by the parents. This means if they are watching something ‘unsuitable’, and you say nothing, they assume that you approve – ie that’s it’s okay to act like that!

If children do see violent acts (on TV or in life) talk about it– eg “Why do you think that kid hit the dog? What else could s/he have done if they were angry?” This tells your children that violence does occur, but that it is unacceptible.

Be aware of what your children are watching – every now and then sit through a show with your child and check in, to see if the values portrayed are consistent with those you desire for your family!

As parents, remember that there is an OFF button on the TV, and it’s okay for you to use it ☺

More information can be found…

Have a great week… and
“Remember to Play!” 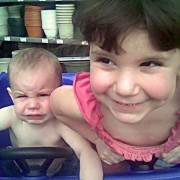 My toddler is slapping me! 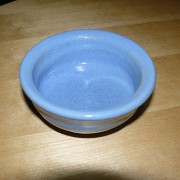 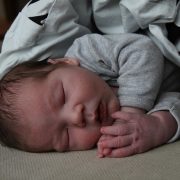 The Importance of Nurturing Your Baby’s Amazing Brain 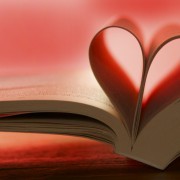 A Story for Parents 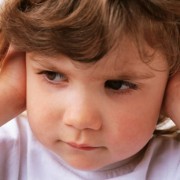 Little Sponges, Little Ears – How we talk in front of kids 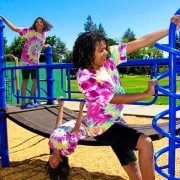