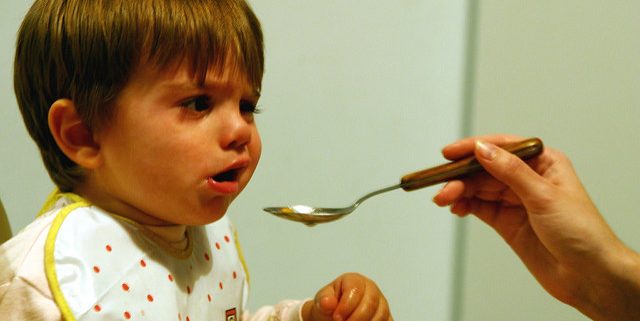 Frequently I’m asked: What do I do about food for my young child? They are so fussy and won’t eat. It’s such a battle….

Young children refusing to eat food, and parents getting stressed about whether the child is getting enough – bet you’ve all been there… I know I have!

I’m a firm believer that most of the issues parents have re a child’s behaviour is linked to their stage of development (the child’s… not the parents!!) So, let’s look at it from a developmental point of view.

In the beginning, they often say ‘no’ when they mean ‘yes’, while they are learning these new words. This makes it super challenging for parents when they go to put the banana away (which the toddler just said No to) and then the toddler cries because he does want it, he just used the wrong word. Like many transitional times in children’s life, this is when they need extra understanding from us – even when it’s a challenging situation for us!

And then developmentally we have action happening… 2 year olds are super busy people – there is always something new to explore or find out about, with all their new skills of language, curiosity, intellectual development, motor skills and so on. It’s ‘hard’ for them to find the time to sit still and eat! Parents often say, he doesn’t seem to eat all day. I suggest you get a couple of small plastic bowls or plates. In the morning put into each of them a selection of appropriate foods eg cherry tomatoes, a few rice crackers, mandarin segments etc. Place the dishes, in areas where the child plays.  While the child is building with blocks he will notice and eat a tomato. A few minutes later he’s got his teddy and is feeding it a cracker, as well as taking a bite for himself. You’ll be surprised how much s/he does eat over the day. Children’s stomachs are small – they fill quickly, and empty quickly.

Picture this… you aren’t very hungry, and a cook dishes up a large portion of several different foods. Or, you aren’t hungry at all, and someone forces you to eat a meal – and demands that you sit there till we finish it – how would you feel? You and I know when we are hungry or overfull, based on the sensations in our stomach. Around two years of age children recognise those feelings of ‘hunger’ or ‘fullness’.  When we ‘push’ our children to eat, we are basically saying: ’Ignore those feelings in your stomach (which are telling them they’re not hungry) and do it my way’. The same is true when we tell our children: ‘you can’t be hungry, you’ve just eaten’. Is that what you would want to be made to do?

If the child doesn’t want to eat, don’t force them to. They will seek out food when they are hungry. As long as it’s healthy food, let them start to respond to their needs.

Children can only eat the food which is in the house. If you say that they will only eat biscuits, or only drink chocolate milk – ask yourself: Who bought it?

Ensure that you provide primarily, healthy food – which will help children to grow strong. Hungry children will eat what is available!

I understand that parents want to start teaching their children to sit at the table, eat when the family does, and they are great social skills to teach. Remember that your child is a ‘beginning learner’ of the social rules and that they need to learn over a period of time. With your calm manner it will happen. 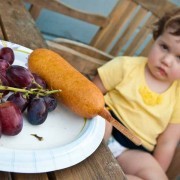 Could this be your Parenting Mantra for 2017? “How can I make this the best...

Living in the Moment – or How to be Childlike!
Scroll to top