Do you sometimes have difficulty working out why your baby is crying? What is it, that they want? And even when you’ve tried a few things, they still cry!

Imagine if you were the baby and you were saying: ‘I’m tired’, and your carer feeds you instead! And then when you say again: ‘I’m tired’, then they decide to burp you… or change your nappy – the result would be one unhappy baby – and probably one upset and distressed parent!

This is what often happens with a newborn and new parents. It’s like we are both talking different languages, and can’t really understand what the other is saying. And so we take a guess – and sometimes we are lucky and get it right, and other times not!

Wouldn’t it be great to actually know what the baby was saying? Imagine how easy that would make it! Well, now you can.

An Australian lady, Priscilla Dunstan, who has an auditory memory, could hear that the sounds her infant son made were the same every time he was hungry, and that when he had wind, he made a different sound. She then went on to find that all babies, regardless of the family’s language or their socio-economic group, made the same sounds. On investigation – followed by 10 years of research around the world – it was determined that the 5 main sounds which newborns make, are reflexed based.

When a baby is tired, the yawning reflex kicks in, and with their cry, the sound owh is heard.

Wind in the upper area means the baby needs to burp, and so the muscles in the chest are trying to constrict to force the burp up, which leads to the word eh.

When the wind hasn’t been expelled via burping, it travels through the baby and becomes lower gut pain, and now they are attempting to push, to eliminate the wind – leading to an eairh sound.

If babies are too hot or cold, or their nappy is wet, their skin becomes irritated and they produce a breathy sound – huh

Basically, when a baby cries, it is telling us something… exactly what they need!

As new parents it can take many weeks or even months to really work this out through trial and error. The Dunstan Baby Language makes it so much easier! There are trained DBL educators available throughout the world to assist you in learning. You can (in Australia) also buy the dvd through the ABC stores, but nothing beats having a trained professional explain it to you, and ensure that you really can interpret what your child is saying!

Being able to more often identify and meet babies requests through the DBL method, leads to a more content baby, and calmer parents – and that has to be a good thing! 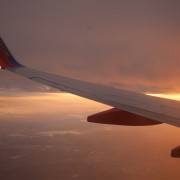 There’s a Problem on the Plane! 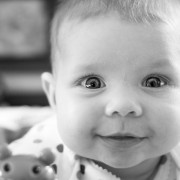 The Social-Emotional Development of your Child: Part 1 of 2 From Birth to 8 months

Playing With Blocks
Scroll to top