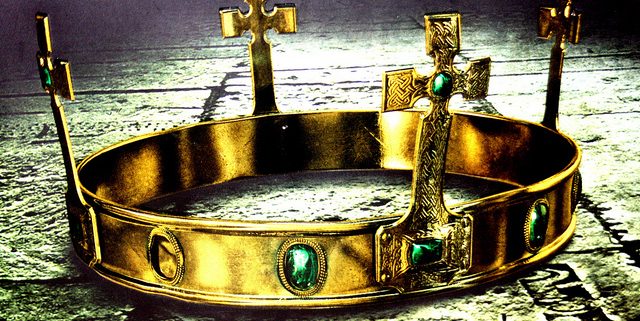 When parents approach me regarding difficulties with their child/ children, I listen to their stories of what’s going on. Stories about what the child does (yells, demands, whines, ignores, defies, hurts)  and what they don’t do (don’t help when asked, don’t get ready for bed, don’t do their chores). The parents are presenting the idea to me that their child is the problem – that they are difficult and non-compliant and often parents believe that there’s something ‘wrong’ with the child.

This is where it gets interesting…..

I’ll hear a range of responses from ignoring to yelling, to smacking, to punishing them.

I tell them a story to illustrate the fact that:

Change comes from you! Children respond to the environment they are in and utilise the patterns they’ve learnt from you…..

“When you first became a parent, and held that precious baby in your arms, it was like God/ Destiny/ The Universe (whichever you believe in) leant down and placed a crown on your head… a Parental Crown.  And the message told you that: ‘You are a parent now, your job is to love and protect this child and to keep it safe’. And generally that’s what we do – we feed the baby, clothe it, keep it away from danger and love it.

When that baby starts crawling towards the power point we move him/her away and distract them because we want to keep them safe. We hold our 2yrs old’s hand when we cross the road. We take our Parental Crown seriously!

And then one day we are at the supermarket with our two and half year old and the following conversation ensues:

Parent: ‘No honey not now.’

Child: ‘But I want one ‘– voice elevated

This continues for a while with voices and tempers continuing to rise. At some stage, what usually happens is that the parent feels they are being watched by other shoppers and/ or they can’t stand the child’s whining and begging anymore, and will often say something like: “Here, have it and stop carrying on’.

At that moment, the parent has taken the Parental Crown off their head and given it to their child, because they’ve passed the parent decision making onto a 2.5yr old child.

In that moment the child has learnt:

You get what you want if you carry on long enough;

Even though I didn’t like Mum/ Dad growling I like what I got at the end; and

This is how I’m supposed to operate to get what I want.”

I’m sure that most parents didn’t mean this to be the outcome!

So how do we get the Parental Crown back from our 3yr/ 5yr/ 8 yr old who has worn it very comfortably for a while now?

We help our children the MOST when we are calm and consistent.

If you are taking the Parental Crown off the child, be aware there will be resistance – they quite liked telling you when they would go to bed or that they can do something – be prepared that in the short term it might be hard…. (they might whine, nag, beg or try and ‘butter you up’!) but go for the gold at the end…. You being a parent, raising a child who is allowed to be a child guided by his/her parents!

The Social-Emotional Development of your Child: Part 2 of 2 From 8 months to...