How often do you hear people saying: “She’s in the Terrible Two’s” when they are rationalising their child’s behaviour? It’s a statement which is often heard.

Imagine for a moment… If I was your close friend, and I told you that you were going to have a bad day tomorrow, with the weather, the traffic, phone calls etc. Your brain would automatically go onto ‘red alert’ – you would enter the day, prowling for problems, ready for action. You would notice every little thing that was wrong with the day – the postman was late, the weather man got the prediction wrong, the coffee wasn’t as hot as it should be etc. When we ‘pre-condition’ our brain to see problems, we become almost like an expert in finding them – it’s as if we are wearing special ‘problem’ glasses which enable us to see all the problems in our day, and to hardly notice the things which go well, as we’re too busy looking for what’s wrong.

END_OF_DOCUMENT_TOKEN_TO_BE_REPLACED

When parents have two (or more) languages, they often discuss whether they should introduce them to their children. They wonder if it is confusing for their little ones to hear two languages spoken in the home environment, and may worry that it’s too difficult for their young children to learn to speak both their native language and English also. In fact the opposite is true!

Babies are born able to hear the sounds of all languages, and are able to link together the ‘like’ sounds which they hear, in their brain – eg they store Danish sounds together, and the English sounds together. Isn’t that amazing?

It’s been found that children who have two languages spoken in the home tend to be more creative and more flexible in their thinking than children with just one language!

END_OF_DOCUMENT_TOKEN_TO_BE_REPLACED

We become healthy humans, not just through the foods we eat and the activity we engage in, but also though the messages we receive and the raising of our positive self-esteem. You can assist your children by:

1. Being a role model yourself.

We all know that children are like little sponges – they copy what we say and do – regardless of whether we are doing something ‘good’ eg eating an apple, or being polite; or something ‘not so good’ like yelling, or smoking in the car. Young children don’t screen or filter this information, they just copy it – ‘If it’s good enough for Mum or Dad, it’s good enough for me!’ So, if you want healthy children, lead by example with the food you eat, the exercise you do, and the attitudes you display.

END_OF_DOCUMENT_TOKEN_TO_BE_REPLACED

How does writing start?

In education, the stage before writing is referred to as Pre-Writing, and it starts with drawing.

Initially the toddler will draw continuous scribbles, with whatever implement you give him and on any surface! (more about that later!). He will grasp the pencil by clutching it in the palm of his hand.

At some stage, the child will make ‘separated scribbles’ – this happens when the child scribbles, lifts the pencil, and then starts again elsewhere on the paper.

The next stage is when left to right scribbles are done in lines. (May be right to left)

Next, letter-like shapes are drawn, though far from ‘perfectly formed’.

END_OF_DOCUMENT_TOKEN_TO_BE_REPLACED 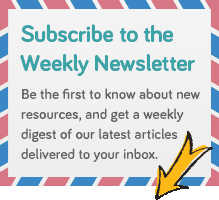